Back in December, archaeologists from the North Kharga Oasis Survey Project in Egypt discovered a panel containing the only known example of spider rock art in Egypt. It is has been dated to at least about 4000 B.C.E. This would put the art firmly into prehistoric times. The large broken panel was found on the west wall of a shallow sandstone the Kharga Oasis, located in Egypt's western desert about 175 kilometers west of Luxor, facing east, as to be illuminated by the morning sun. The primary panel depicts what has been dubbed "spiders" with a "star,'' and has been called a "very unusual" find by renowned Egyptologist Salima Ikram, a professor at the American University in Cairo.
Professor Ikram admits that the identification of the creatures as spiders is tentative, as there is little evidence the ancient Egyptians placed much significance on spiders. According to Ikram, thus known are rare examples from "religious texts dealing with the so-called 'Opening of the Mouth' ritual, a rite that was performed on the mummy or a statue to restore its senses for use in the Hereafter." (2013) She goes on to say that the "images are noteworthy if they are indeed spiders, as these would be unique depictions of such creatures in Old World rock art." The original article published by LiveScience asks "why did people in the Kharga Oasis create rock art showing spiders, especially when no other examples are known to exist elsewhere in Egypt or, it appears, the entire Old World?" (Jarus, 2013).
Is this the question we should be asking? First, I would say we need to determine whether or not these are likely depictions of spiders. Now, I want to preface this first by saying that the co-director of this project is a very respectable and admirable professional. Her many qualifications and accomplishments make her opinions highly credible. I have nothing but the highest respect for Dr. Salima Ikram. However, in the interest of research, I would pose this; as someone who has a focus on archaeozoology, Dr. Ikram may be more likely to spot animals in what she sees. As Karl Wilhelm Friedrich Schlegel said, "Everyone has found in the ancients whatever he needed or wished for; especially himself."
Take, for example, Henri Breuil, born February 28, 1877, a French archaeologist, anthropologist, and a devout Jesuit who studied cave art throughout Europe and Asia. After graduating from the Seminary of St. Sulpice and the Sorbonne, he was ordained a priest. Colleagues had been known to refer to him as an "irascible and egotistical man"(Silberman, 2012, p. 212). Breuil is known for his many books and interpretations of cave art, notably, the sympathetic magic theory. A lesser mentioned point about Henri Breuil, incidentally, is that he worked with The Ahnenerbe or "Inheritance of the Forefathers" which was a Nazi  research institute founded by Heinrich Himmler to locate the supposed archaeological and cultural history of the hypothesized "Aryan race."
In a cavern known as The Sanctuary at Trois-Frères in Ariège, France, Breuil found a cave drawing of a horned humanoid figure. (Fig 1.6) He sketched the figure later published that sketch in the 1920's (Fig, 1.7). Please compare the two images. Figure 1.7 you may recognize, as it is quite commonly referenced. It is known as “The Sorcerer.” However, Figure 1.6 is an actual photo of the drawing form the cave. How close do they look to you? 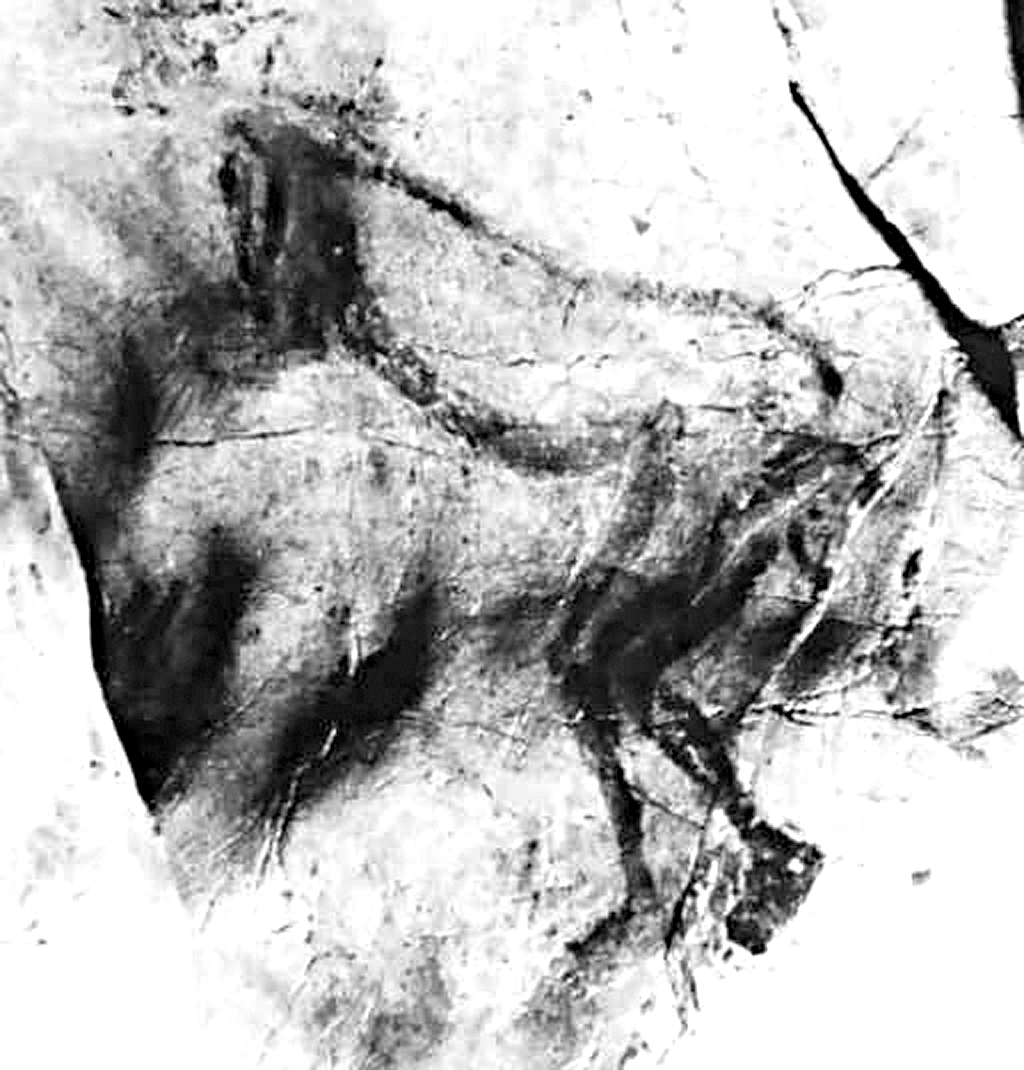 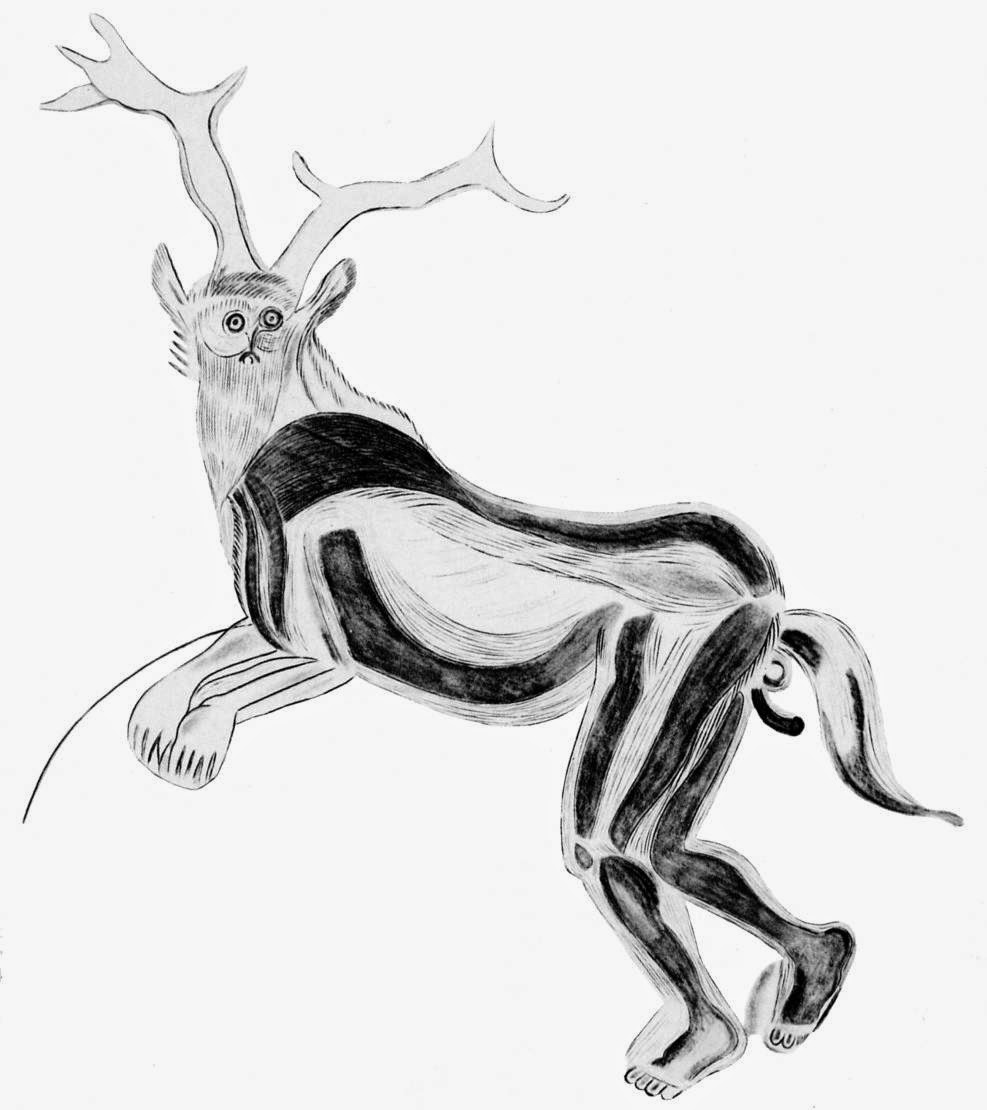 Fig 1.7
Breuil interpreted Figure 1.6 as being that of a sorcerer or shaman, and goes on to suggest the creators of this art were early human shamans that would travel deep into the darkest parts of the cavern and go into a trance like state. They would then paint images of their visions with the idea that they could draw power out of the cave walls. This theory, sketch, and the credibility of Henri Breuil have been the subject of much debate. Though many past scholars viewed Breuil as almost infallible in his judgments, even calling him the “Pope of Prehistory,” modern critics point out that his work contains many errors and misjudgments and that the sketch takes too many liberties when compared with the actual painted image on the cave. It may be natural for a man of such devout faith to interpret the image as having some religious or spiritual connotation. This again is an example of finding “…in the ancients whatever he needed or wished for; especially himself.” The theory may not be altogether bad, however, considering the amount of speculation, it is peculiar how Breuil’s theory has become an accepted mainstream narrative for Upper Paleolithic cave art.
This is why it’s important to consider many perspectives. Look at the “spiders” on the rock art and see what you think they may be. How much of yourself and your own interests influence your interpretation?
One interesting theory that was brought to my attention was from a Facebook friend of mine, Brian Daynes from Great Doddington, England. He suggested that the circles may represent star positions in the sky and perhaps be a calendar similar to the alignment of the pyramids. He even went on to provide this graphic for comparison. Mr. Daynes points out that "Sirius (going from bottom left diagonally to top right) has the same plot points as on the stone. The stone is a drawing of the Sirius star system. With the fourth plot point out of alignment to the others, as seen on the star map and as seen on the pictured stone." What are your thoughts? 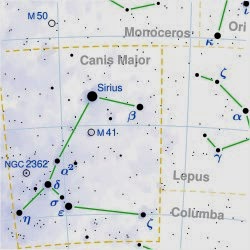 I think this idea is as good, if not better than the theory of these being spiders. In fact, I have been enlisting the input of a few people I believe to be experts in star alignments to help me fine tune this idea. I have also reached out to members of the team from the North Kharga Oasis Survey Project in Egypt, all of which will be included in my upcoming book, Land of the Watchers. Dare I say, if these alignments turn out to be accurate, then forget spiders. We may have found a map of the stars. While it may not prove to be as old as the oldest scientifically recognized star chart, nor the oldest calendar, it would be a significant discovery due to its location and potential detail. Naturally, I will keep everyone posted on the progress of this research. 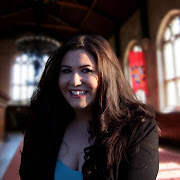 Heather Lynn is a writer, historian, and renegade archaeologist. She broke away from the mainstream after realizing that much of what we know about our history is based solely on the consensus of elite, often politically motivated, individuals and institutions. Now, Heather is on a quest to expose the intricate network of corrupt academic elites, global power brokers, and international banking families that work together to revise human history.